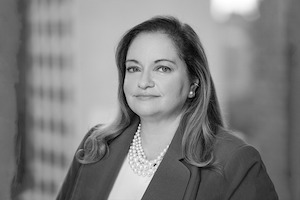 After filing a cloture petition on April 25 to limit debate on the nomination of Lisa Gomez to serve as Assistant Secretary of the Department of Labor, Senate Majority Leader Chuck Schumer (D-NY) was forced to withdraw the petition late April 26 after two Senate Democrats—Sens. Ron Wyden (OR) and Chris Murphy (CT)—and Vice President Kamala Harris tested positive for COVID.

The filing and approval of a cloture motion in the U.S. Senate is a way to limit debate from a filibuster, but with the absences and the narrow spread between the parties, it was possible, if not likely, that the motion would have failed.

At this point, it’s not yet clear when Gomez will come up again for a vote, but that would presumably happen within the next couple of weeks, assuming there are no additional Senate Democrats who test positive for COVID.

Gomez’s nomination has been a long and winding road. Her nomination was first announced by the Biden administration in July 2021, but the Senate Health, Education, Labor and Pensions (HELP) Committee did not hold a hearing until October. Following that hearing, her nomination was held up because Republican members wanted to dig deeper into her views on environmental, social and corporate governance investing.

The HELP Committee eventually approved Gomez’s nomination in December. But because she was not approved by the full Senate before the end of the year, she had to be renominated and, once again, be considered by the committee, which approved her nomination in January on a near-party line vote of 12-9, with Sen. Lisa Murkowski (R-AK) the only Republican to vote in favor.

Gomez is a partner at labor law firm Cohen, Weiss and Simon LLP, representing employer and union pension plans. She joined the firm in 1994, became a partner in 2002 and currently serves as Chair of the firm’s Management Committee.