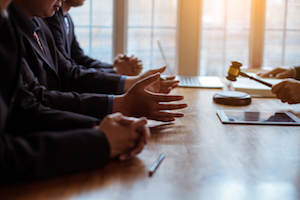 In less than a year, the law firm of Capozzi Adler has wrested a settlement from a multiple employer plan accused of breaching its fiduciary duties.

The plan in question—more specifically the plan fiduciaries—targeted are those of Nextep, Inc., a professional employer organization (PEO), as well as the firm’s board of directors, the investment committee, and members of that committee. The plaintiffs here—Brian Loomis, Jason Boyer and Daniel W. Kilday—were represented by the aforementioned law firm of Capozzi Adler,[i] a firm that has been quite active in this space in recent months.

The plan is smaller than most targeted in such actions—at the end of 2018 and 2019, $204 million and $283 million, respectively, for the benefit of some 5,000 participants. At a high level, the suit alleged that the defendants breached their fiduciary duties by:

Actions (or, in some cases, non-actions) that the plaintiffs claim were “contrary to actions of a reasonable fiduciary and cost the Plan and its participants millions of dollars.”

The suit had been filed in March 2021—and the settlement announcement (Loomis v. Nextep, Inc., W.D. Okla., No. 5:21-cv-00199, notice of settlement 5/10/22) notes that on May 19, 2021, at the Parties’ request, the Court stayed all deadlines to allow the Parties to engage in settlement negotiations—a stay that the court continued until May 10, 2022. That date having now arrived, “the Parties are pleased to report they have reached a class-wide settlement in principle to resolve all claims in this matter, subject to finalizing the terms in a formal settlement agreement which will require court approval.”

The notice indicates that the plaintiffs “hope to be in position to submit the required settlement papers and motion for preliminary approval of the settlement to the Court by July 15, 2022.”

So, while we don’t yet know the particulars—and the court will still have to approve—we at least know a date on which we will know the former.

[i] Capozzi Adler has, by my count, been the busiest excessive fee litigant over the past two years, filing lots of suits that largely make the same allegations with slight shifts in fact patterns and fund names. They’ve also been able to settle many of these in remarkably short fashion, many, like this one, within a year of the original filing (see Capozzi Adler Strikes Another Relatively Quick Settlement, Capozzi Adler Captures an Excessive Fee Settlement, Settlement Struck in Suit Involving Fidelity Freedom Funds.

1 Comments
Discussion Policy
Sign In to Comment
All comments
Newest First
Terrance Power
Good article, Nevin. I'm not sure why more PEOs aren't exploring Pooled Employer Plans as an alternative to their traditional 413(c) Multiple Employer Plan setup. A PEP eliminates the PEO from being the "named fiduciary" (they effectively become a 'service provider' to the plan with much more limited fiduciary exposure) and also allows their ASO clients to participate in their branded retirement plan.