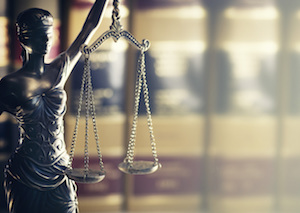 The platform may be different, but the excessive fee allegations directed toward a multiple employer plan (MEP) are all too familiar.

The plaintiff this time is one Kimario Anderson, who was employed by Heartland Coca-Cola Bottling Company, LLC, an employer that participated in the Coca-Cola Bottlers’ Association 401(k) Retirement Savings Plan, a multiple employer plan. The plan covers about 19,000 participants, and as of December 2019 had nearly $800 million in assets spread across 24 investment options, including a Coca-Cola Common Stock Fund.

The Coca-Cola Bottlers’ Association (CCBA) is a Georgia corporation headquartered in Atlanta, whose members consist of all 65 U.S. independent bottlers of Coca-Cola, as well as associate members that include bottler-owned production cooperatives. Moreover, the Coca-Cola Bottlers’ Association 401(k) Retirement Savings Plan is, according to the suit, intended to be a MEP under 26 U.S.C. §413(c).

The suit, filed Feb. 1 in the U.S. District Court for the District of Kansas, makes a number of allegations common to this brand of litigation, but at its core alleging that the plan fiduciaries “could have leveraged the Plan’s assets to qualify for lower-cost versions of the same investments, chosen less costly and equally or better-performing investment options for the Plan, and used the Plan’s size to reduce recordkeeping fees”—more specifically, that they:

On that latter point, the suit, which was filed on behalf of the plaintiff by the Kansas-based law firm of Foulston Siefkin LLP,  challenges action taken by the defendants, noting that “…apparently recognizing this, but years later than a prudent fiduciary would have, in 2019 Defendants finally replaced the T. Rowe Price target date mutual funds with their equivalent collective trust counterparts.”

The suit also challenges the inclusion of the employer stock option, stating that it was “undiversified,” that it didn’t qualify for special considerations afforded Employer Stock Option Plans (ESOPs), and that it “performed poorly in comparison to its benchmark, thereby imposing more risk on and less return for participants.” As if that weren’t bad enough, the suit also claims that, “because of CCBA’s members’ business partnerships with the Coca-Cola Company, CCBA and the other Defendants had a conflict and placed the interests of CCBA members and/or the Coca-Cola Company ahead of Plan participants and beneficiaries.”

The suit claims that “as of December 31, 2015, participants invested over $23 million in the Wells Fargo Stable Return Fund, making it the single largest non-target date fund in the line-up,” and that it was “still the largest non-target date fund in the Plan as of December 31, 2019, holding well over $49 million of Plan participant’s retirement savings.” The suit claims that the share class used by the plan was “more than 85% more expensive than its identical Class N counterpart.”

That wasn’t the only involvement with Wells Fargo, which the suit claims served as recordkeeper throughout the Class Period until January 2021. The suit alleges that, “prior to 2019, Wells Fargo was paid in various ways, including revenue-sharing and other indirect methods that were not transparent” and goes on to claim that “at all times in the Class Period, and continuing even now, Defendants never chose to pay Wells Fargo based on a method that was directly tied to the amount of recordkeeping work that it did for the Plan, nor did they choose to pay Wells Fargo based on the fair market value of the services it provided to the Plan.”

Drawing from the plan’s Form 5500 filing, the suit concludes that the fees ran from $109/participant in 2015 to $63/participant in 2019, alleging: “Had Defendants properly discharged their fiduciary duties in accordance with ERISA, they would have continually monitored Wells Fargo’s recordkeeping fees and negotiated reductions that were in line with the market. Defendants’ failure to do so resulted in damages to the Plan and a reduction in retirement benefits for Plan participants.”

Once again, setting the parameters around both potential allegations yet to come, and more likely to put out a “marker” for the “actual knowledge” framework recently established by the U.S. Supreme Court regarding the statute of limitations on such matters, the suit states that “Plaintiff did not have and does not have actual knowledge of the specifics of Defendants’ decision-making process with respect to the Plan, including Defendants’ processes (and execution of such) for selecting, monitoring, and removing Plan investments, because this information is solely within the possession of Defendants prior to discovery.”

Moreover, “having never managed a large 401(k) plan such as the Plan, Plaintiff lacked actual knowledge of reasonable fee levels and prudent alternatives available to such plans,” and that “plaintiff did not and could not review the meeting minutes or other evidence of Defendants’ fiduciary decision-making process, or the lack thereof,” and thus states that the allegations made are “…based upon reasonable inferences drawn from the facts set forth herein.”

This is not the first suit filed against a multiple employer plan in recent months, though the allegations made here have little, if anything, to do with that structure. Suits focusing on similar allegations, but with an eye toward how those structures allegedly haven’t fulfilled their promise, have been filed against ADP and Pentegra.