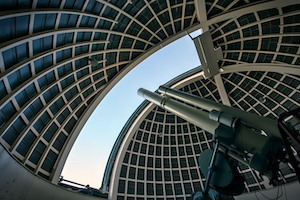 The law firm of Capozzi Adler PC has filed yet another excessive fee suit—with a familiar template—including the assertion that the fees paid by the plan were…”astronomical.”

More specifically, that they failed (1) “to adequately monitor and control the Plan’s recordkeeping costs; (2) failing to objectively and adequately review the Plan’s investment portfolio with due care to ensure that each investment option was prudent, in terms of cost and performance; and (3) maintaining funds in the Plan despite the availability of similar investment options with lower costs and/or superior performance.”

The suit (Riley v. Olin Corp., E.D. Mo., No. 4:21-cv-01328, complaint 11/9/21) takes no more than the 35-pages we’ve come to expect from Capozzi Adler—mostly a regurgitation of the basic requirements of ERISA with regard to fiduciary responsibilities, a recitation of the plan’s status as a “jumbo” plan with “substantial bargaining power regarding the fees and expenses”—oh, and that the fiduciaries’ actions (or lack thereof) cost the plan participants millions of dollars.

The point of comparison here on the fees—as it has been in other cases—NEPC’s 2019 Defined Contribution Progress Report, in which the suit claims that “no plans with between 5,000 and 10,000 participants paid more than $100 in per participant recordkeeping, trust and custody fees,” though it also states as fact that “some authorities have recognized that reasonable rates for large plans typically average around $35 per participant, with costs coming down every day.” And yes, once again in characterizing the fees paid by the Olin plan, the suit describes them as “astronomical.”[ii]

The plaintiffs here presumed that the plan fiduciaries had not conducted any kind of request for proposal to assess the reasonableness of fees/services because they had: (a) stayed with the same recordkeeper (Voya) over the course of the class period; and (b) “paid the same relative amount in recordkeeping fees.” Moreover, they took issue with the investment options in the plan—and inferred a lack of proper fiduciary oversight based on the outcomes. “Here, the Defendants could not have engaged in a prudent process as it relates to evaluating investment management fees. The Plan would have qualified for the collective trust versions of these funds (which were available since 2012) at all times during the class period, but it wasn’t until 2019 that they moved the investments to the CIT versions of the T. Rowe Price funds,” the suit states.

Will these simplistic assertions be sufficient to get the case past the inevitable motion for summary judgment? We shall see…

[ii] Beyond these cases, it’s not the first time the Capozzi Adler firm has affixed the “astronomical” label to 401(k) fees—having previously done so in suits involving the $1.5 billion Baptist Health South Florida, Inc. 403(b) Employee Retirement Plan, the $1.2 billion 401(k) plan of the American Red Cross, the $700 million Pharmaceutical Product Development, LLC Retirement Savings Plan, the $2 billion plan of Cerner Corp and more recently the $6 billion 401(k) plan of KPMG. And it’s not the only litigation firm to do so.