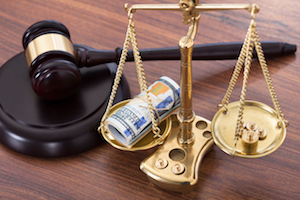 The suit itself is only a little more than a year old—brought by participant-plaintiffs Kristal M. Khan, Michelle R. Ballinger and George A. Craan on behalf of participants in the PTC 401(k) Savings Plan.

Ironically, the 31-page settlement agreement was nearly as long as the mere 37 pages of the complaint. The plan in question was relatively small in comparison to most caught up in this type of litigation—$521 million at the end of 2018, and some 3,600 participants. The plaintiffs here were represented by Capozzi Adler PC[i] and Shoffner & Associates.

Despite the allegations, the plaintiffs acknowledged that they “…did not have knowledge of all material facts (including, among other things, the investment alternatives that are comparable to the investments offered within the Plan, comparisons of the costs and investment performance of Plan investments versus available alternatives within similarly-sized plans, total cost comparisons to similarly-sized plans and information regarding other available share classes) necessary to understand that Defendants breached their fiduciary duties and engaged in other unlawful conduct in violation of ERISA…” until shortly before this suit was filed, setting a time marker for purposes of the statute of limitations in bringing the suit.

That said, in the suit filed in the U.S. District Court for the District of Massachusetts, they also acknowledged that they “…did not have and do not have actual knowledge of the specifics of Defendants’ decision-making process with respect to the Plan, including Defendants’ processes (and execution of such) for selecting, monitoring, and removing Plan investments, because this information is solely within the possession of Defendants prior to discovery,” and “having never managed a large 401(k) plan such as the Plan, Plaintiffs lacked actual knowledge of reasonable fee levels and prudent alternatives available to such plans. For purposes of this Complaint, Plaintiffs have drawn reasonable inferences regarding these processes based upon (among other things) the facts set forth herein.”

The suit was light on specifics,[ii] but alleged that “to the detriment of the Plan and their participants and beneficiaries, the Plan’s fiduciaries include d and retained in the Plan many mutual fund investments that were more expensive than necessary and otherwise were not justified on the basis of their economic value to the Plan.”

Not that it stopped them from asserting that “based on reasonable inferences from the facts set forth in this Complaint, during the Class Period Defendants failed to have a proper system of review in place to ensure that participants in the Plan were being charged appropriate and reasonable fees for the Plan’s investment options.” The plaintiffs also alleged that the fiduciary defendants “…failed to leverage the size of the Plan to negotiate for (1) lower expense ratios for certain investment options maintained and/ or added to the Plan during the Class Period; and (2) a prudent payment arrangement with regard to the Plan’s recordkeeping and administrative fees.”

That said, there’s no real specifics until halfway through the complaint, where they claim that, “In 2018, a majority of the funds in the Plan, at least 9 out of the Plan’s 16 funds (56%) were much more expensive than comparable funds found in similarly-sized plans (plans having between $250 million dollars and $500 million dollars in assets),” and that in some cases the expense ratios had a difference of 127% (in the case of the State Street Cash Reserves Fund Investment Class) and a difference of 83% (in the case of PIMCO Total Return A) above the median expense ratios in the same category—at least based on the ICI median fee in those categories. The suit further alleged that the plan failed to use lower fee share classes, opted for actively managed funds when passive alternatives were available, and that they failed to “monitor or control the plan’s recordkeeping expenses” (Transamerica), more specifically by utilizing revenue-sharing. While they acknowledged that the practice was not per se imprudent, they went on to state that “unchecked it could be devastating for plan participants.” Relying on the 401(k) Averages Book, they claim that the recordkeeping expenses were “significantly above market rates”—though they had to extrapolate results to craft a comparison with a plan the size of PTC, determining that PTC should have had fees below the $5 average. The suit also alleged as “conservative” a finding that the plan was paying $290/participant per year—after credits.

The agreement also includes payment to the plaintiffs’ attorneys of no more than $575,000.00 (a third of the Gross Settlement Amount) and “Case Contribution Awards of no more than $10,000 per Plaintiff,” both of which are, of course, subject to court approval.

What This (May) Mean

Another in a series of (relatively) short (if familiar) set of allegations made against a (relatively) smaller plan, concluding with a (relatively) modest settlement in a (remarkably) short time period. A small, but (relatively) quick return on investment for the plaintiffs’ bar? Could this be the new “normal?”

[i] The settlement agreement notes that Capozzi Adler currently serve as counsel in over two dozen fiduciary breach actions across the country.

[iii] While only about a year passed since the filing of the suit, the settlement agreement notes that the plaintiffs “served document requests and interrogatories on Defendants, and to date, Defendants have produced over 3,400 pages of documents, including Plan documents, summary plan descriptions, participant investment disclosures, committee charters, investment policy statements, trust and recordkeeping agreements, fee schedules, committee meeting minutes and materials, and account statements.”