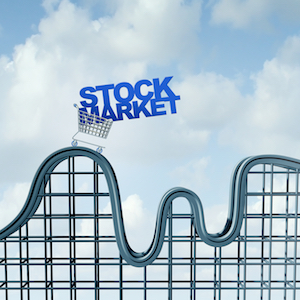 In April, equity markets posted their worst month in more than two years, but 401(k) investors were holding firm, according to Alight’s April 2022 401(k) Index.

Surprisingly, there were no above-normal trading days in April, and on average, 0.011% of 401(k) balances were traded daily, the firm reports. In comparison, there were 16 above-normal days in the first three months of the year.

Rob Austin, head of research at Alight, says that trading activity has not been abnormally high even though the stock market is down. “Historically, when we have seen large drops in the market, we have seen increased trading, but that hasn’t been the case recently. Interestingly, on May 5, the S&P 500 was down 3.5% and NASDAQ was down 5%. Fortunately, there was not a lot of panic selling among 401(k) investors. Net trading activity was 1.98 times normal—just below a high day. A similar result happened on May 9 when the S&P 500 fell 3.2% and NASDAQ was off 4.3%; net trading activity was also just below 2 times normal,” he observes.

A “normal” level of relative transfer activity is when the net daily movement of participants’ balances as a percent of total 401(k) balances within the Index equals between 0.3 times and 1.5 times the average daily net activity of the preceding 12 months.

The Index, which tracks the 401(k)-trading activity of over 2 million people with more than $200 billion in collective assets, also found, however, that net transfers in April were up slightly compared to March (.10% vs .09%) as investors moved money out of equities and into fixed income.

Asset classes with most contributions in April included target date funds, at 49% for an index value of $640 million, followed by large U.S. equity funds at 21% (or $273 million) and international equity funds at 7% (or $90 million).