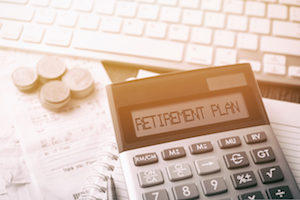 Implementing certain legislative changes and other industry innovations could help significantly reduce the size of retirement deficits and enhance the retirement security of Americans, according to a new issue brief from EBRI.

Using EBRI’s Retirement Security Project Model (RSPM), the Impact of Five Legislative Proposals and Industry Innovations on Retirement Income Adequacy study finds that for households projected to have a retirement deficit, combining Automatic Contribution Plan/Arrangement (ACPA) provisions with an enhanced Saver’s Credit would reduce retirement savings shortfalls by 17% to 26%, depending on race.

According to EBRI, this scenario generally requires employers with more than five employees to maintain ACPA, with a few exceptions for grandfathered plans. The baseline model assumes that auto-IRAs are used for all new sponsors and each new plan is assumed to have a 6% default with automatic contribution escalation up to 10% of pay. A 30% opt-out rate is also assumed.

However, eligibility for participation in a DC plan can have a significant impact on reducing these savings shortfalls. In fact, EBRI’s research shows that the retirement deficit of workers ages 35–39 who are employed throughout their careers by organizations providing no access to DC plans is $78,046 per individual. In contrast, if those same individuals worked for organizations that provided DC plan access for between one to nine years, the deficit is nearly halved—to $44,546.

The study also examined adding retirement plan employer matching contributions for student loan debt repayments or using the “skinny” 401(k) for ACPA, which would involve replacing the auto-IRA feature with a simplified form of 401(k) plan. Here, the study shows that the addition of employer matches on student loans or using the “skinny” 401(k) for ACPA can add up to another 4% reduction in retirement deficits.

The first scenario considers the impact on retirement savings shortfalls if, in addition to benefiting from ACPA and the Saver’s Credit, all individuals ages 35–39 who were eligible to participate in a 401(k) plan were to also receive an employer matching contribution to their plans in exchange for paying down a student loan. In this scenario, retirement savings shortfalls are projected to be reduced by 22% for families with black heads ages 35–39, which is nearly a 3% incremental improvement versus the projection that considered just the ACPA and Saver’s Credit scenario.

The addition of automatic portability of retirement accounts resulted in a further double-digit reduction in savings shortfall across all races examined, EBRI’s analysis further shows. In this case, auto-portability can reduce shortfalls by 11% to 14% percent, depending on race.

Under this scenario, a participant’s account from a former employer’s retirement plan would be automatically combined with their active account in a new employer’s plan. EBRI notes that this would help keep DC assets in the retirement system, and thus, eliminate leakage from cash-outs upon termination of employment.

“This research shows that provisions such as ACPA and an enhanced Saver’s Credit can significantly reduce that deficit across races,” observes Jack VanDerhei, EBRI Research Director and author of the report. “However, we see the greatest improvements when it comes to net retirement savings outcomes—which include both decreased savings deficits and increased savings surpluses—of black and Hispanic workers. This is an important finding for those searching for parity in retirement security for all Americans.”

The House Ways and Means Committee last September had approved similar ACPA and Saver’s Credit changes as part of the retirement subtitle of the Build Back Better Act to help close the coverage gap and boost the existing retirement savings system. Those changes, however, were removed from the bill before reaching the full House of Representatives for consideration.

Still, despite inaction at the federal level, numerous states have acted, or are planning to act, on auto-IRA arrangements for private sector workers without access to a savings plan.