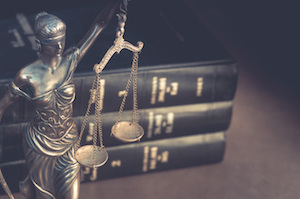 (Yet) another excessive fee suit has been filed against a billion dollar 403(b) plan by the Capozzi Adler law firm.

Filing suit as participants (and former employees) of the Boston Children’s Hospital Corporation Tax-Deferred Annuity Plan are Adilson Monteiro, Karen Ginsburg, Jason Lutan, and Brian Minsk against the $1.1 billion plan’s fiduciaries (and those who appointed, and ostensibly oversaw their work), alleging that they:

Now, as filings by Capozzi Adler go, this was a treatise—its 52 pages nearly twice the length of their typical filing. That said, and while the claims made and foundation for grievance laid was largely duplicative of other, similar excessive fee suits filed by the firm, there was at least one new element that seems to account for the “expansion.”

The suit (Monteiro v. Children’s Hosp. Corp., D. Mass., No. 1:22-cv-10069, complaint 1/18/22) alleges that, “since the start of the Class Period, Defendants allowed the Plan to be charged total amounts of RK&A fees that far exceeded the reasonable market rate,” going on to present a table that indicated that the plan paid between $57 and $93/participant, which the suit then compares (unfavorably) to allegedly comparable plans (at least based on participant count)—all of which (allegedly) pay between $23 and $42/participant.[i]

‘Clear and More Than Reasonable’

The plaintiffs continue that “based on fees paid by other large plans during the Class Period receiving materially identical RK&A services, it is clear and more than reasonable to infer that Defendants failed to follow a prudent process to ensure that the Plan was paying only reasonable fees.” Moreover, “in light of the amounts remitted to Fidelity throughout the Class Period, Defendants clearly engaged in virtually no examination, comparison, or benchmarking of the RK&A fees of the Plan to those of other similarly sized defined contribution plans, or were complicit in paying grossly excessive fees.”

Ultimately, they comment that “defendants’ failure to recognize that the Plan and its participants were grossly overcharged for RK&A services and their failure to take effective remedial actions amounts to a shocking breach of their fiduciary duties to the Plan.” And if they did have a process of review, the plaintiffs say it “…was imprudent and ineffective given the objectively unreasonable level of fees the Plan paid for RK&A services. Had Defendants appropriately monitored the compensation paid to Fidelity and ensured that participants were only charged reasonable RK&A fees, Plan participants would not have lost millions of dollars in their retirement savings over the last six-plus years.”

A unique target (pun acknowledged) here was the singling out of the Fidelity Freedom Fund target-date suite, claiming that “Defendants failed to compare the Active and Index suites, as well as all other available TDFs (including actively managed TDFs), and consider their respective merits and features”—oh, and this alleged malfeasance was “exacerbated” by its role as the plan’s qualified default investment alternative (QDIA), compounded (literally) by the extra expense for active management, there was also (allegedly) a performance shortfall[ii] relative to benchmarks, and 14 of the 24 lacked a 5-year track record they allege. In fact, more than half (53%) of the plan’s assets were invested in this active suite at 12/31/2020, according to the suit.

“Considering just the gap in expense ratios from the Plan’s investment in the Active suite to the Institutional Premium share class of the Index suite, in 2020 alone, the Plan could have saved approximately $3.15 million in costs.”

The suit also criticizes “the plan’s excessively expensive investment menu” for its failure to include the lowest share class options, claimed that the fiduciaries failed to monitor or benchmark their fees.

In sum, the suit alleges that “Boston Children’s and the Committee breached their fiduciary monitoring duties by, among other things:

“Had Boston Children’s and the Committee discharged their fiduciary monitoring duties prudently as described above, the losses suffered by the Plan would have been minimized or avoided,” the plaintiffs claim. “Therefore, as a direct result of the breaches of fiduciary duties alleged herein, the Plan and its participants[iii] have lost millions of dollars of retirement savings.”

Will these simplistic assertions be sufficient to get the case past the inevitable motion for summary judgment? We shall see…