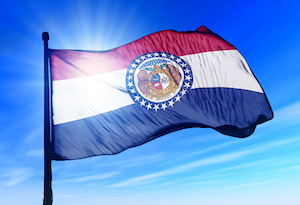 The Show Me State is on the verge of committing to a state-run retirement plan for private-sector employees.

Legislation that would create the Missouri Workplace Retirement Savings Plan has passed the state House of Representatives, and the Senate is poised to take up its version.

The Missouri Workplace Retirement Savings Plan would be a multi-employer retirement plan. Under the plan, each eligible employee could opt in to contribute a minimum of 1% or any percentage, up to the maximum, in increments of 0.5%, of his or her salary or wages to the plan—or may, at a later date, (1) elect to opt out of the plan or (2) contribute at a higher or lower rate, expressed as a percentage of salary or wages.

The bill also would create the Missouri Workplace Retirement Savings Board, which would design, develop and implement the plan. The Board would be permitted to provide for an annual increase in the contribution of each employee of not less than 0.5% per year.

The bill provides that the plan would be required to be fully implemented no later than Sept. 1, 2024.

The bill calls for an annual audit of the plan, the Missouri Workplace Retirement Savings Board, and the trust in which the assets of the plan are held. The audit would be completed by a certified public accountant and be submitted to the Governor, Treasurer, President Pro Tem of the Senate, and Speaker of the House of Representatives.

HB 1732, the House of Representatives version of the bill that Rep. Michael O’Donnell (R-Oakville) introduced, passed in that chamber on March 10 in a 131-0 vote. The Senate Governmental Accountability and Fiscal Oversight voted in favor of the Senate version, SB 1125, and reported it to the Senate May 6; however, the Senate Health and Pensions Committee is now reviewing it.