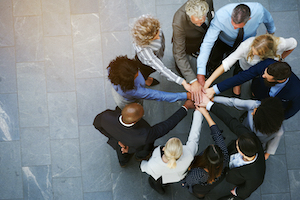 As MEP solutions begin to accumulate participants and assets, it is inevitable that plaintiffs’ lawyers will train their sights on MEPs as a fiduciary litigation target. Indeed, they have already begun to do so.

The following post is excerpted from a longer article published by October Three Consulting. The entire article can be found here.

Let’s turn to a couple of issues that are unique to MEP fiduciary litigation: (1) the identification of the responsible fiduciary and (2) comparability, e.g., the comparison of fees under any given MEP to the fees paid by other plans.

Who is a MEP fiduciary?

When considering the possibility of a MEP fiduciary lawsuit, the first question is, who, in the MEP structure, are fiduciaries who might conceivably have fiduciary responsibility for the “money” issues—fees and fund performance. Let’s begin with recent regulatory and statutory guidance on this issue.

DOL’s 2019 regulation provided that: (1) the MEP sponsor (e.g., a trade association) is generally the ERISA plan Administrator and Named Fiduciary; and (2) the adopting employers are, however, responsible under ERISA’s fiduciary rules for “choosing and monitoring the arrangement and forwarding required contributions to the MEP.”

Which MEP fiduciaries may be sued?

We would argue that the general formulations under DOL’s regulation and SECURE leave room for courts to expand, limit, or reassign fiduciary responsibility to different entities depending on the facts (e.g., the formal and practical structure of specific MEPs). And it is likely that primary responsibility will fall on those persons who had actual signoff authority on the key issues of fees and fund inclusion in/removal from the plan fund menu. There may also be other fiduciaries who have derivative co-fiduciary or appointment/monitoring responsibility.

In a MEP structure, who might those fiduciaries be? We would identify at least four different persons who could be targeted in any possible MEP fiduciary litigation: the MEP provider; the MEP governing board; an independent fiduciary designated under the terms of the MEP (or by the governing board); and the employers participating in the MEP.

As a first cut, it would seem that each individual participating employer could be targeted for a MEP lawsuit claiming, e.g., that the MEP’s recordkeeping fees are too high. Indeed, such a lawsuit seems to be contemplated under item 2 in the SECURE language quoted above.

A provider (notwithstanding that it is a “named fiduciary”) might plausibly argue that any lawsuit brought against it and claiming that its fees are too high should properly be brought against the employers that selected this particular MEP (with those fees attached).

Such an approach—targeting the employer—would, however, present some serious problems for plaintiffs lawyers. 401(k) plan fiduciary lawsuits have to date generally been brought as class actions with respect to a (generally large) single employer’s plan and against a very limited set of deep-pocket defendant-fiduciaries. That kind of lawsuit is relatively easy to bring.

MEPs are (it is anticipated) going to be large collections of relatively small employers. It will probably be a more difficult task for a plaintiff’s lawyer to separately bring lawsuits against the (conceivably hundreds of) employers in a particular MEP. Moreover, different employers may have different stories about and different defenses to their decision to participate in a particular MEP. Plaintiffs lawyers will no doubt seek some way to consolidate these claims, but employers (and the MEP provider) are likely to resist that sort of consolidation.

Versus targeting the provider

It’s conceivable, faced with this small-and-dispersed defendants challenge, that plaintiffs lawyers may try to argue that the MEP provider may be sued as a fiduciary that has effective control of the MEP, whatever the documents may formally say.

This prospect presents, in the first instance, an issue for the organizations establishing the MEP—they have a litigation-related incentive to devolve, to the extent possible, responsibility for review of the issues of the recordkeeper’s fees and fund menu selection/review to participating employers. At least formally. Obviously, MEP economies of scale will only work if there is only one recordkeeper and are likely to require some limit on investment customization.

Versus targeting the MEP’s governing board

The most obvious fiduciary target in a MEP is its board of directors—in the ordinary course the board or its delegate would have control over plan management, including, e.g., retention of a recordkeeper. It’s not clear, however, that MEP board members will have the necessary deep pockets to attract the attention of litigators. Board members’ indemnification rights and fiduciary liability insurance will be an important factor here.

One feature of single-employer 401(k) plan litigation is plaintiffs complaints that include a dollar-vs.-dollar comparison of, e.g., recordkeeping fees under the target plan and an allegedly similar plan (with lower fees).

This proof-strategy (allegedly showing that the target plan’s fees are excessive) may be more difficult to execute in the MEP context. A given MEP’s cost structure may not be the same as single employer plan cost structures or (even) the cost structure of other MEPs. Indeed, it is likely that with the need to, e.g., reconcile payroll from hundreds of different employers will make MEPs significantly more expensive than similar sized single employer plans.

And there are many other compliance issues that may have to be handled on an employer by employer basis, even assuming that the plan requires “safe harbor” nondiscrimination testing. Adding (uniquely) to a particular MEP’s costs and reducing the credibility of comparisons with other plans.

This is very much an evolving area of the law. In that regard, it will be interesting to see if it evolves in a manner different from the litigation against single employer plans.

The imposition of litigations costs, and (perhaps more profoundly) the cost of the participating employers’ management attention to MEP fiduciary issues, may reduce the MEP valuation proposition.