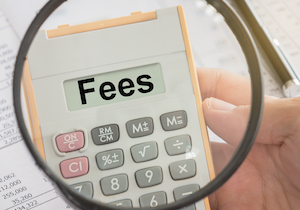 Recordkeeping is a tough, low-margin business—one in which, ironically, there has always been a greater willingness to “squeeze” (versus, say asset-management)—this week, we asked readers to share what they’re seeing and saying about recordkeeping fees, and the basis upon which they are assessed.

Once upon a time, per-participant charges were a recordkeeping norm. Then revenue sharing led many, perhaps most, to adopt asset-based fees that covered recordkeeping services. The latter has, of course, been repeatedly criticized in litigation.

There are, of course, rationales for both—asset-based fees mean that larger (and ostensibly higher income) balances help subsidize newer participants, whereas (as pretty much every excessive fee litigation reminds us) there’s likely little difference in cost in administering a $100,000 participant account versus one that has just $100.

Asset-Based or per Participant?

Among the plans that this week’s respondents support:

22% - About half asset-based, half per-participant

I work mainly with 403(b)s which are nearly 100% asset based due to legacy contract issues; the 401(k)s with which I work are more evenly split.

All of these pricing formulas imply that recordkeeping doesn’t have a ‘true’ price. Instead, it’s a variable amount. If the actual cost per account was known plus operating costs and business expenses then that would help recordkeepers maintain a healthy business. That would create a pricing model that is less on guessing, negotiation and bargaining, but on the actual cost of doing business.

We have one plan that is flat dollar. It works amazing for the client however * now hates it.

Larger plans (by participant count) tend to allocate per capita because the larger base allows the fee to be more reasonable as a hard dollar.

Recordkeeping fees should be paid by the employer to remove the debate altogether. The employer can reduce contributions to offset if need be.

Some platforms have a blended fee derived from per-participant fee plus the amount of assets.

Can’t stand asset based recordkeeping fees. Per Head is much more efficient and “proper.”

To that last point, we asked readers how, if at all, plan size factored into that decision:

When I am asked to do an RFP, provided by an ERISA atty it is always fee based. Plan size doesn’t typically matter.

We find the plan sponsors have not thought about this, our clients with high balances and low participant count, per head is a no brainer, plans with many participants and low assets asset based has made sense.

And has that shifted over the past two years? For more than half (52%)—the answer was… no. However:

13% - Yes, more interest in per-participant due to litigation concerns.

10% - Yes, more interest in per-participant at my recommendation.

3% - Yes, more interest in asset-based at my recommendation.

Some plans use a hybrid, where the head charge is waived/lowered for smaller balances.

Some clients are looking for fixed dollar allocations vs. assets based. While there’s pro/cons to both, the bigger plans have looked at the per-participant fee more.

I saw the shift beginning about 5-7 years ago.

We show the comparison of per capita vs asset based every year as part of our fee benchmarking and evaluation. the evaluation is based on the number of participants (who the fees are spread among) and broken down by account asset groups (e.g. under $50,000... up to over $1 million) so we can see the impact of per capita on different account size groups.

Companies have been more willing to pay these costs instead of passing them on, and per-participant is easier to budget for.

I see a lot of pressure being put on all service providers (except for advisory fees) and any argument that might work to get a lower fee is used.

As for reader preferences…

This again comes down to client philosophy. With asset based, those with higher balances will pay a higher fee in dollars. With per-participant... it would be the opposite as those just starting out or with smaller balances will have the fee be a bigger impact. Generally, I look to the client to see how they prefer the optics based on those 2 scenarios.

Recordkeepers should tell clients (advisors and plan sponsors) how much it costs for them to recordkeep the plan. It’s odd for professional services companies to cat and mouse around cost.

As we see it—and our clients have agreed—until you get well above 2000 participants, per capita fees are an onerous amount (as a %) of the smaller account balance participants... and most of them are the NHCEs.

I actually prefer flat pricing as opposed to (flat with a basis point record keeping charge). The basis point charge hits the person with the highest balance the most (usually an HCE or owner). They might feel they are subsidizing the rest of the employees!

Every RFP I ask for both per head and asset based fee proposals. If a plan sponsor pays the fee, per head is much more attractive.

I show both and explain what they get for their money. They decide what they want to pay for and what they don’t.

I favor a combination, with a portion of the recordkeeping fee being per-participant and a portion being asset-based.

In addition to the above, we got a number of closing comments—here’s a sampling:

I think per-participant/hybrid will dominate 10 years from now.

I think there may be more of a trend towards the per-participant fee as time goes on. Similar to the wealth management world, there can always be a question as to whether an advisor and/or recordkeeper should be making more money for doing the same job. For instance... should * received a 28% fee increase because a participant invested 100% of their assets in an S&P 500 fund. Did they do more work? Advisors can be seen in that same light.

Some firms are getting very competitive and giving TPA credits back in their fees. This helps reduce the overall expense at least in the first several years. This can be great but needs to be watched as you are less likely to receive a reprice in near years if plan grows due to RK profitability

I wish the talk would be more practical—and not just these global statements that per capita is the way to go. I do agree that per capita makes sense but most definitely not if the million account balance participants (many of them committee members/fiduciaries!!) pay just a few basis points as a % of their account whereas the smaller balance people end up paying way over 1% (or far more if you have a small number of participants but a large amount of assets as is the case with many of our plans). That starts feeling like a discriminatory practice.

I wonder if record keeping increases that much with plan size. How much is cost and how much is profit?

Simple answer: pay the fees outside the plan and take the expense deduction.

Our smaller or newer plans have asset based fees, tends to be more beneficial. Even with a per participant fee, most often we see that fee then spread across participants on a pro-rata basis.

Seems to be a total unwillingness by the recordkeepers to adopt a per participant charge—small or large plans.

We really need to stop the shell game of using revenue sharing in funds to pay for plan fees. At this point, there is zero need to use revenue sharing from funds, it only confuses matters that don’t need to be complicated.

I always thought that asset-based charges based upon asset amount were a way of having the riskier accounts pay more. There is far more risk of error or loss on a large account, why shouldn’t those accounts pay more?

Per participant seems the fairest solution but asset based really does help subsidize lower account balances. Per participant charges would also reduce the focus on RK/TPA costs and shift it towards asset based fees which can be so much greater and offer better opportunities for savings. As a TPA, I’m always frustrated by the fact that we do a LOT of heavy lifting for a retirement plan and the sponsor but are compensated much less than an Advisor and Auditor are on annual basis. Both can easily get 3x my annual charges for less work (or need me to help them do their job while cashing large checks)

Thanks to everyone who participated in this week’s NAPA-Net Reader Radar poll!