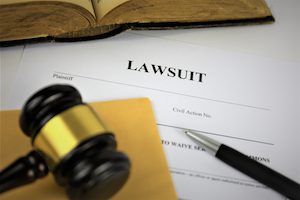 The law firm of Schlichter Bogard & Denton has a new target—multiple employer plans, and they’ve just filed their second excessive fee suit in that genre.

This time the target is the Pentegra Defined Contribution Plan for Financial Institutions, a multiple employer plan, or MEP. The Schlichter law firm had maintained a separate website (now offline) that indicated it was “…investigating ADP TotalSource's practices in administering retirement plans,” as well as referencing investigations in the MEPs of Pentegra and TriNet. Having filed suit against ADP’s MEP in May, it appears the groundwork for this suit has been laid as well.

The allegations here (Khan v. Bd. of Directors of Pentegra Defined Contribution Plan, S.D.N.Y., No. 7:20-cv-07561, complaint 9/15/20) are similar to those in other excessive fee suits; that rather than “using the Plan’s bargaining power to benefit participants and beneficiaries, Defendants acted to enrich themselves, including Pentegra, by allowing exorbitantly unreasonable expenses to be charged to participants for administration of the Plan.” The suit also alleges that the defendants “profit from collecting additional fees directly from employers who participate in the Plan—putatively to pay for “outsourced” fiduciary responsibility—but act directly contrary to that assumed fiduciary responsibility by draining the retirement assets of Plan participants to enrich themselves.”

The plan, which at Dec. 31, 2014, reported 26,469 participants and $1.9 billion in assets had, by Dec. 31, 2018 grown to 27,227 participants and $2.1 billion in assets, according to the suit. And thus, according to plaintiffs Imran Khan and Joan Bullock (represented in the action by the Schlichter law firm), “the Plan’s massive size gives it enormous bargaining power to command very low administrative fees for its participants.”

While that’s a common refrain in excessive fee suits, the MEP structure did come in for some particular scrutiny. For example, the suit invokes claims drawn from Pentegra marketing materials where they say that “Pentegra’s claims that its status as a plan administrator under 29 U.S.C. § 1002(16) (ERISA §3(16)) shifts fiduciary responsibility away from Participating Employers. Pentegra has, however, publicly acknowledged that 3(16) fiduciary services may be of no additional value to retirement plans.[i]”

Another point of difference highlighted here was the suit’s contention that, “In contrast with service providers in other 401(k) plans, who do not market their services to participants for their own benefit,[ii] Pentegra employs dedicated sales staff to sell services and grow Pentegra’s retirement business, including by distributing marketing materials encouraging membership in the Plan. Pentegra regularly publishes and distributes “whitepapers” regarding Pentegra’s corporate philosophies. These activities promote Pentegra’s corporate interests by soliciting membership in the Plan. This marketing and soliciting of the Plan to prospective Participating Employers is paid in part by Plan participants out of their retirement assets, and fund in part Pentegra’s marketing and solicitation of the Plan to prospective Participating Employers, from which Pentegra stands to gain additional profits.”

The suit restates the common wisdom about MEPs, specifically that “MEPs create cost efficiencies in at least two ways: “First, as scale increases, marginal costs for MEPs . . . diminish and MEPs . . . spread fixed costs over a larger pool of member employers and employee participants, creating direct economic efficiencies. Second, larger scale may increase the negotiating power of MEPs.” And then, they conclude that, “…MEPs operating as a large single plan can secure low-cost administrative services from service providers.” The suit goes on to cite comments submitted by the public regarding the DOL’s proposed regulation that “…reflect the industry-wide consensus that the MEP structure is desirable in large part because of increased efficiency and ability to obtain lower administrative costs.” And indeed, the suit notes that “Pentegra has written in its whitepapers, blog articles, and other marketing materials of the economies of scale, simplified administration, and expected cost savings to employers by participating in large MEPs.”

Having set their trap, the plaintiffs proceed to claim that the plan “paid Pentegra at least $9.52 million in direct recordkeeping and administration fees, or an average of $359.70 per participant,” rising to $10.58 million, or $388.77 per participant by 2018. “Indeed, Pentegra’s fees rose every year over a decade, during a time when the retirement plan administration industry generally saw declining fees, and despite the fact that Pentegra’s services have remained the same…” the suit alleges.  By comparison, the suit cites the fees paid by Nike’s 401(k), New Albertson’s 401(k), Fidelity, Chevron, ConocoPhillips—as it has done in similar litigation involving ADP’s MEP—$21/participant, $31/participant and $14/participant, $26/participant, and $33/participant, respectively.

Nor did it stop with standalone 401(k)s—the suit cites the example of the CBERA Plan A, “a large MEP comparable in size and function to the Plan” that is sponsored by the Cooperative Banks Employees Retirement Association. That MEP has “over 40 participating employers, nearly 5,000 participants, and over $600 million in assets,” and the plaintiffs claim that, “given its smaller asset size and participant count, its ability to negotiate competitive administrative fees is proportionally less than the Plan’s.”

That said, their math (based on figures from the Form 5500) for the plan year ending Dec. 31, 2019, “shows a payment to its plan administrator of $324,000, or an average of just over $65 per participant.” Now, CBERA Plan A has hired an outside recordkeeper (unlike Pentegra), but the suit claims that, even combining (1) the fees paid to the “contract administrator” and (2) reported direct and indirect compensation to the plan’s outside recordkeeper, “CBERA Plan A reportedly paid an average of just $80 per participant in 2019.”

All that notwithstanding, the plaintiffs here are willing to accede to a fee of $1.7 million/year for this MEP, an average of $65/participant though it’s “significantly greater than the fee other large plans administered by prominent firms were able to obtain after requests for proposal during the period, including those described herein.”

As nearly all of these excessive fee suits do, the plaintiffs here challenge the use of asset-based fees for recordkeeping (“the cost of providing recordkeeping and administrative services to a participant with a $100,000 account balance is the same for a participant with $1,000 in her retirement account”), but allowed that it might be ok to convert a reasonable per-participant fee into an asset-based charge to allocate more of it to larger account balances. The plaintiffs also state as a given that not only is “the most certain way to determine the least compensation” a plan pays for recordkeeping/administrative services is to issue an RFP, but that “Prudent fiduciaries do this every three years.”

Further, “in light of the excessive fees[iii] and increasing amounts paid while services remained constant, the continued retention of Pentegra as Plan’s administrator, and the Board’s apparent failure to solicit bids from recordkeepers, providers of contract administrator, or 3(16) services, it is evident that Pentegra, through its employees, controlled the decisions of the Board, causing it to favor Pentegra.”

Indeed, this particular suit also brought in elements seen in excessive fee suits involving proprietary funds. “The Board, composed in part of Pentegra employees, acted with the intention to benefit Pentegra, including through the activities of Board delegees who were Pentegra employees, when the Board failed to monitor administrative fees, solicit competitive bids, or otherwise take any action to evaluate whether to continue to use Pentegra as a service provider. The Board, in making its decisions, deferred to Pentegra, and allowed Pentegra’s representatives on the Board to drive decisions favoring Pentegra,” the suit states. In fact, the suit claims that, “from 2014 to 2018, Defendants caused over $50 million in direct payments to be taken from the Plan and paid to Pentegra.”

Another claim consistent with excessive fee suits, the plaintiffs here claim that “despite the fact that lower-cost shares for the exact same investment option were available to the Plan, Defendants selected and continue to retain higher-cost shares for the Plan investment options than were available to the Plan based on its enormous size”—and, along with a table comparing alternatives, they claim that at least one offered by the plan was “…9233% more expensive than the available identical lower-cost alternatives.”

The suit goes on to claim that, “in light of the excessive fees and increasing amounts paid while services remained constant, it is evident that Defendants did not engage an independent fiduciary to review and approve the arrangement between Pentegra and the Plan. Defendants failed to engage an independent fiduciary to determine whether it was in the interest of Plan participants to engage in this scheme or whether the services the Pentegra employees performed were necessary for the operation of the Plan, whether the amounts charged for those services were reasonable, and whether Pentegra was paid only its direct expenses incurred in providing necessary services to the Plan.”

Ultimately then, the plaintiffs allege that “in contrast to the actions of hypothetical and real-world prudent fiduciaries of similar defined contribution plans, Defendants failed to: monitor the amount of the fees received by the Plan’s service providers, determine if those amounts were competitive or reasonable for the services provided to the Plan, use the Plan’s size to reduce fees, or obtain sufficient rebates to the Plan for the excessive fees paid by participants. Moreover, Defendants failed to solicit bids from competing providers, which is the surest way to determine the market rate for the Plan’s services. This conduct was a breach of fiduciary duties.”

[i] “perhaps it’s all just smoke and mirrors,” “a hoax[,] and any competent [Third Party Administrator] already does this[.]”

[ii] It is not, however, the first time that the use of participant data has been challenged by Schlichter plaintiffs, including the ADP MEP, as well as a couple of the 403(b) plans of universities, and Shell’s 401(k).

[iii] Among those the suit claims as “egregious” was an example from 2010, where the suit says “plan assets were used to make a $7,370 payment to the Ritz Carlton Naples and $5,015 payment to the New York Palace Hotel presumably for Defendants’ personal benefit.

[iv] The plaintiffs state that this is “the total of all reported direct compensation paid by the Plan to Pentegra during this period, compounded to account for lost investment opportunity.”