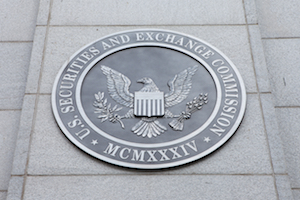 Noting that “data from Securities and Exchange Commission (SEC) filings demonstrates misalignment between the Company’s sustainability goals and investment options offered through the Amazon 401(k) Plan,” a shareholder advocacy group is pressing for change.

Specifically, As You Sow,[i] a group that describes itself as the nation’s non-profit leader in shareholder advocacy, recent received backing[ii] from the SEC in its bid to include a proposal for shareholder vote that, if approved, would require Amazon (and Comcast, according to the Philadelphia Inquirer) to “at reasonable expense and excluding proprietary information, prepare a report reviewing the Company’s retirement plan options with the board’s assessment of how the Company’s current retirement plan options align with its climate action goals.”

As You Sow suggests that the report include “at Board discretion” how Amazon (and Comcast, in a separate filing) could provide employees with more sustainable investment options such as a default option that is better aligned with global and company climate goals and, if the Board does not intend to include additional low carbon investment options in its employee retirement plan, a statement of the basis for its decision.

In making its case to the SEC that the proposal need not be included in the shareholder voting Amazon explained that, “The law mandates that the responsible plan fiduciary makes its selection decisions ‘solely’ in the interest of plan participants and beneficiaries,” according to its April 8 filing. Amazon noted that in addition to offering “for many years” an ESG fund, its 401(k) also “offers a self-directed brokerage option that gives participants the ability to invest some or all of their Plan accounts in hundreds of ESG-friendly funds (in addition to thousands of other investment funds), allows employees to find and invest in other ESG-friendly funds by using a self-directed brokerage option.”

Comcast also argued that the Board has “no responsibility or other control over the Plans.”  Moreover, they argued that “the law mandates that a responsible plan fiduciary select 401(k) investment options ‘solely’ in the interest of plan participants and beneficiaries,” and further, that “the managers of several of the Plans’ core investment options currently consider and integrate ESG factors in their stewardship or security selection processes consistent with their duties as fiduciaries to the Plans.”

“The proposal’s request appears to be based on a flawed understanding of the basic fiduciary requirements that underpin investment options in U.S. retirement plans,” Comcast said in petitioning the review by the April 13 SEC filing. The “selection of the 401(k) investment options by the responsible plan fiduciary must be made independently from our environmental sustainability leadership and operational climate goals.”

Ultimately, Amazon and Comcast both argued that the proposal could be excluded from consideration, “because the Proposal relates to the Company’s ordinary business operations (the compensation and benefits provided to employees).” However, the SEC apparently views the proposal as one that “transcends” normal business practices.

Amazon’s annual meeting is on May 25; Comcast’s is on June 1. Stay tuned.

[i] As You Sow also runs a site called InvestYourValues, which rates the extent to which retirement plans at more than a dozen major companies—including Google, Microsoft, Visa, and Facebook—are invested in private prisons and firearms, along with fossil fuels and deforestation.

[ii] More precisely, the SEC’s review of the proposal and subsequent correspondence with Amazon concluded that the agency was “…unable to concur in your view that the Company may exclude the Proposal under Rule 14a-8(i)(7),” explaining that in their view, the proposal “transcends ordinary business matters.” It had a similar response to Comcast.