The law firm of Schlichter, Bogard & Denton, LLP, has targeted another 401(k) plan for breach of its fiduciary duties – and, among other things, they claim that the lack of a stable value fund cost plan participants $41 million.

The most recent suit was filed on behalf of Todd Ramsey, Frederick Butler, Marta Nelson, Diane Lewis, Simone Adams, Kasandra Adams, and Brian Adams – participants (from, and on behalf of, the 30,000) in the $3 billion Philips North America 401(k) Plan.

The suit (Ramsey v. Philips North Am. LLC, S.D. Ill., No. 3:18-cv-01099-NJR-RJD, complaint filed 5/10/18), filed in the United States District Court of the Southern District of Illinois, alleges – as have the numerous others previously filed – that the Philips North America LLC “mega” plan not only failed to leverage its “tremendous bargaining power to demand low-cost administrative and investment management services,” but instead “retained high-cost and poor-performing investments compared to available alternatives and caused the Plan, and hence participants, to pay unreasonable expenses for administration of the Plan.”

The suit starts by citing “the imprudent money market mutual fund,” championing the alternative of a stable value fund are a common investment in large defined contribution plans and in fact are designed specifically for use in such plans as a conservative, capital preservation investment, and noting that “because they hold longer-duration instruments, [stable value funds] generally outperform money market funds…”. The plaintiffs cite a 2015 MetLife survey as support for their claim that “over 80% of plan sponsors offer a stable value fund,” note that “stable value returns were “more than double” the returns of money market funds from 1988 to 2015,” and then contrast that with the Philips plan offering of the “microscopically low-yielding Vanguard Prime Money Market Fund.” All in all, the suit alleges that because of that choice, the “defendant caused the Plan and Philips employees and retirees to lose over $41 million in retirement savings from February 2010 through June 30, 2017” – losses they say continue “because Defendant continues to provide a Vanguard Money Market Fund instead of a stable value fund.” 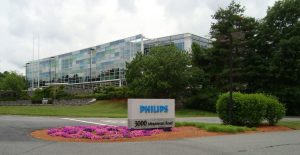 The second area cited by the plaintiffs deal with what is characterized as “unreasonable investment management fees from excessively high-priced investment options.” The charges here are similar to that made against other “jumbo” plans; that “rather than taking advantage of the Plan’s economies of scale, as required by the IPS, to reduce the investment expenses charged to Plan participants, Defendant selected and maintained high-priced share classes of mutual funds, instead of identical lower-cost share classes of those same mutual funds which were readily available to the Plan,” and that “defendant also failed to adequately investigate and offer non-mutual fund alternatives, such as collective trusts and separately managed accounts.”

On the latter point, the suit alleges that “Had Defendant provided separate accounts for the Plan’s investments instead of mutual funds, Plan participants would not have lost millions of dollars in their retirement savings due to unreasonable expenses throughout the relevant time period”; specifically that “because Defendant imprudently and disloyally provided participants the much more expensive versions of the Plan’s same mutual fund options during these dates, Plan participants lost over $12 million of their retirement savings through unnecessary expenses.”

The suit also takes issue with what it calls “excessive administrative fees,” noting that “recordkeeping fees were excessive in part because Defendant failed to monitor and control the amount of asset-based revenue sharing fees Vanguard (the plan’s recordkeeper) received,” that “from February 2010 through 2015, Defendant caused the Plan to compensate Vanguard for its recordkeeping services with hard dollar and asset-based revenue sharing of the annual expenses of the Plan’s investment options instead of a fixed recordkeeping fee,” and that “these asset-based fees increased each year as Plan assets grew from $2.5 billion to almost $4 billion even though recordkeeping services did not significantly change in that time.” The plaintiffs also state that, “based on information currently available to Plaintiffs regarding the Plan’s features, the nature of the administrative services provided by Vanguard, the Plan’s participant level (roughly 30,000), and the recordkeeping market, the outside limit of a reasonable recordkeeping fee for the Plan would have been $30 per participant.”

The plaintiffs also allege that the Philips defendants “failed to conduct a competitive bidding process for the Plan’s recordkeeping services at any time since February 2010,” and that “the relationship between Vanguard and Philips extends back to 1995 and since that time, Philips has never engaged in a competitive bidding process for these services.”

The plaintiffs also take issue with what they described as the “imprudent selection and retention of the Principal Diversified Real Asset Fund.” The suit refers to the plan’s IPS, which the plaintiffs claim “requires that each investment option’s objective be evaluated and the investment returns reviewed,” and that “for each actively managed fund, the fund “is expected to rank in the top 50% of Peers and to outperform the Benchmark” for “[over] a market cycle and on a ‘since inception’ basis,” going on to note that “in addition, each fund, on a risk-adjusted basis, “is expected to exceed the risk-adjusted return of the Benchmark” – but that, “despite underperforming its benchmark, other style-specific investments, and consistently ranking at the bottom of its peer group, Defendant selected and retained the Principal Diversified Real Asset Fund as a Plan investment option.”

As the suit acknowledges, Schlichter, Bogard & Denton has been appointed as class counsel in 15 other ERISA class actions regarding excessive fees in large defined contribution plans. In addition to a demand for a jury trial, the suit asks that the court: