Trust in Financial Services Firms Highest in Over a Decade 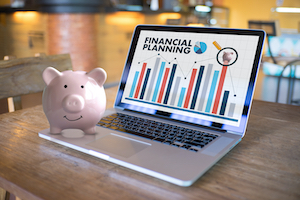 Consumer trust in saving, investing and advice relationships is at its highest level since 2010, according to a new report by Hearts & Wallets.

Nearly half (47%) of surveyed customers report high trust (item 2 on a 10-point scale) for both primary and secondary relationships, up over 10 percentage points from 2010, the firm reports in Stores & Success Metrics: Firms Winning the Customer Wallet and Competitive Opportunities as Consumers Add Relationships.

Millennials had the biggest jump in high trust for their primary and secondary firms, according to the research, which analyzes U.S. consumers’ use of retail financial services firms, share of wallet and customer success metrics, such as trust and loyalty, including intent to recommend and invest.

Hearts & Wallets found that the main drivers of trust are factors within a firm’s control, including:

In addition, fewer customers are tolerating low trust relationships, the report notes. In fact, only 5% of customers in primary and secondary relationships report low trust (4 or lower on scale of 0-10), down from 11% in 2012.

“The increase in trust is good news for firms, especially the increase among younger customers,” says Beth Krettecos, Hearts & Wallets Subject Matter Expert and coauthor of the report. “Trust is the first step to building a strong customer relationship, and once trust is earned, firms can layer on retirement advice and other components to cement a fulfilling relationship, and longer term, greater share of wallet.”

Yet, notwithstanding customer trust rebounding, Americans are also spreading their money across more financial services firms, according to the research.

In addition, the portion of U.S. households with two or more relationships was up three percentage points year over year, reaching 58%, which was an all-time high since the firm began tracking this data. What’s more, only 33% of households report having one saving and investing relationship, the lowest since the tracking began.

Hearts & Wallets suggests that consumers deliberately seek diverse capabilities from different stores and that it would be difficult to counteract this preference by trying to meet every need for a consumer within one store.

Meanwhile, because Americans spread their money across more firms, share of wallet for the primary firm—where the consumer has the most money invested—dropped at the national level in 2021. The exception, once again, was wealthy households, where 71% of households with $2 million or more increased share of wallet at their primary store, an increase of four percentage points year over year.

“Multiple relationships are now the norm,” observes Hearts & Wallets’ CEO and founder Laura Varas. “Highly sophisticated and attractive customers are the most likely to have multiple relationships and be shopping around to identify their favorite service models. Firms should evolve their service models, pricing and products to withstand this intensifying competition,” she notes.

The full report contains a wide range of insights and success metrics, including market leaders for highest mean share of wallet and main source of retirement advice. Success metrics are for leading national providers—brokers, banks and retirement platforms—cited most often by their customers as their primary and secondary firm by asset amount based on a survey of 5,794 U.S. households in the latest wave of the Hearts & Wallets Investor Quantitative Database fielded in September 2021.