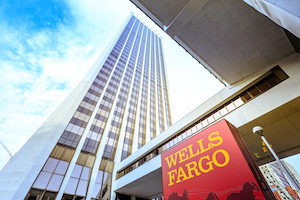 The parties in an excessive fee suit focused on the adoption of collective investment trusts have come to terms.

This suit (Becker v. Wells Fargo & Co., N.D. Cal.., No. 3:20-cv-01803, complaint 3/13/20) was filed in the Northern District of California on behalf of Plaintiff Yvonne Becker (subsequently joined by Christopher Nobles, Rosa Ramirez, Valerie Seyler, and Jannien Weiner), who was an employee of Wells Fargo for approximately 26 years, and was one of some 344,287 participants in the $40 billion plan.

As has been the case with similar suits brought by participants in the 401(k) plans of financial services companies, plaintiff Becker claimed that the fiduciary defendants “selected and maintained investments for the Plan in a manner that benefited Wells Fargo & Co. (and its subsidiaries and executives) rather than selecting and maintaining investments with an eye single to the interests of the Plan and its participants and beneficiaries, in dereliction of their ERISA fiduciary duties.”

The suit alleges that “defendants selected and retained Wells Fargo products over materially identical, yet cheaper, non-proprietary alternatives; selected Wells Fargo products that had no performance history that could form the basis of a fiduciary’s objective decision-making process; and failed to remove proprietary funds despite sustained underperformance.” More specifically, the plaintiffs took issue with the use of target-date CITs with a relatively short (less than three years) track record, and what was alleged to be a shoddy track record at that.

A little more than two years after the suit was filed (just ahead of the COVID lockdowns), a settlement agreement (Becker v. Wells Fargo & Co. et al., case number 20-cv-2016, in the U.S. District Court for the District of Minnesota) has been struck and submitted to the courts for approval. Unlike other settlements, this one is not only large ($32.5 million), but relatively straightforward—no agreements to make plan changes, no requirement to perform an RFP, not even an agreement to remove the funds.

The settlement was characterized as “a significant monetary recovery for the Class that falls well within the range of court-approved settlements in similar ERISA cases,” also said to be “also fair and reasonable compared to the estimated value of Plaintiffs’ claims, and the attendant risks of litigation.”

According to the proposal, the settlement was:

And, of course, the Settlement Agreement provides Settlement Class members the opportunity to raise any objections to the Settlement or to the requested Attorneys’ Fees, Expenses and Case Contribution Awards in writing or at the Fairness Hearing.

It was noted that during the last 15 months:

Attorney’s fees were not disclosed in the settlement agreement.

It was also noted that the Parties will retain an Independent Fiduciary to review and authorize the Settlement on behalf of the Plan, and that the fees and expenses for that service, up to $25,000, would be paid from the Qualified Settlement Fund—with Wells Fargo to pay anything over that figure.

[i] To calculate alleged fee damages, the damages expert calculated the amount of fees paid by the Plan on a quarterly basis for each Challenged Fund and then assumed that fee was reinvested in the Challenged Funds (meaning if the fees were not charged, those Plan assets would grow based on the historical returns of each Challenged Fund). This methodology resulted in total alleged fee damages of approximately $81 million. Plaintiffs’ damages expert also measured damages for each Challenged Fund by comparing the Fund’s performance (i.e., investment returns) to the performance of the benchmark reported to Plan participants. Under this methodology, some Funds outperformed their benchmark and other Funds underperformed. Depending on whether excess performance of some Challenged Funds are netted against underperformance of others, the total damages ranged between $11 million and $136 million. The midpoint between $11 and $136 million is $74 million and thus comparable to the $81 million of damages using the fee methodology.