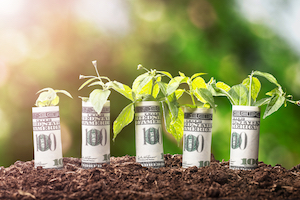 Slow to gain traction in defined contribution plans, a new survey suggests that workers would invest in ESG options—if they knew about them.

According to the Schroders 2021 US Retirement Survey, 9 out of 10 DC plan participants who were aware of their plan’s ESG options invested in those funds. However, just 37% of defined contribution plan (DC) participants said they are offered ESG-related investment options by their employer—and 40% said they didn’t know.

Furthermore, of those who said their DC plan did not offer ESG investment options or did not know, roughly two-thirds (69%) said they would—or might—increase their overall contribution rate if offered ESG options. However, a third (31%) said they would not.

While ESG investments have been a hot topic of late, fewer than 3% of plan sponsor respondents included that option on their plan investment menu, according to the Plan Sponsor Council of America’s (PSCA) 63rd Annual Survey of 401(k) and Profit Sharing Plans, and only about 0.1% of plan assets were invested in those options. That said, ESG—investments with a focus on environmental, social or governance concerns—were more common among the largest plans (those with more than 5,000 participants) and the smallest (fewer than 50 participants), where 4.2% and 4.4%, respectively, offered that option.

Those results mirror other industry surveys that indicate the impact of COVID was largely, though not completely, muted for those with access to a retirement plan at work.

Plan participant respondents said their retirement age goal was 63 on average, compared to 65 among those without a plan.

More than twice as many (42%) plan participants said they were “very confident” in their ability to smartly invest their assets in retirement, compared to 18% without a DC plan.

Four in 10 plan participants feel their retirement plan is fully on track; just 14% without a DC plan say the same.

Half (50%) said “grow my assets” was their primary investment objective, compared to 21% without a DC plan who were far more likely (56%) to say their objective was generate steady income.