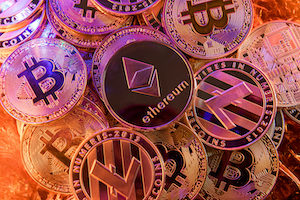 The Department of Labor isn’t backing down on its cryptocurrency concerns—but a written response to U.S. Sen. Tommy Tuberville (R-AL) includes some comments with regard to its application to self-directed brokerage windows.

The DOL’s April 30 response to Tuberville’s letter to Labor Secretary Marty Walsh from Acting Assistant Secretary of Labor Ali Khawar regarding the Compliance Assistance Release on cryptocurrency reiterates the motivation for the release: recent reports of firms marketing investments in cryptocurrencies to 401(k) plans as potential investment options for plan participants. It also reminds the DOL’s position that “cryptocurrency investments present significant risks of fraud, theft, and loss, and cautioned fiduciaries about the potentially speculative and volatile nature of these investments, the unique challenges these investments pose for inexpert investors, custodial and recordkeeping issues, valuation concerns, and regulatory risks.”

Also reiterated were the DOL’s intention to conduct an investigative program aimed at plans that offer participant investments in cryptocurrencies and related products, and that this was designed to provide advance notice to plan fiduciaries responsible for overseeing such investment options or allowing such investments through brokerage windows that “they should expect to be questioned about how they squared their actions with their duties of prudence and loyalty, considering the significant risks that 401(k) plan investments in the largely unregulated cryptocurrency marketplace present to the retirement savings and retirement security of America’s workers.”

That said, Khawar pushed back on the (apparent) assertion that the Labor Department had trod some new ground with regard to self-directed brokerage accounts. “EBSA is not taking a novel position by asserting that ERISA imposes obligations on fiduciaries of plans with self-directed brokerage accounts or similar plan arrangements that enable participants and beneficiaries to select investments beyond those designated by the plan,” he wrote. The implications of the Labor Department’s caution with regard to crypto holdings even within a SDBA had drawn a lot of concerned comments—and was recently cited in its impact on a litigation settlement.

He referenced a 2012 Field Assistance Bulletin (FAB) that he said specifically noted that “fiduciaries of such plans with platforms or brokerage windows, self-directed brokerage accounts, or similar plan arrangements that enable participants and beneficiaries to select investments beyond those designated by the plan are still bound by ERISA section 404(a)’s statutory duties of prudence and loyalty to participants and beneficiaries who use the platform or the brokerage window… including taking into account the nature and quality of services provided in connection with the platform or the brokerage window… (FAB 2012-02R, Question 39).

“In light of ERISA’s stringent and longstanding obligations of prudence and loyalty, it is reasonable to expect plan fiduciaries to be able to respond to questions about their decisions to make cryptocurrency investments available to plan participants and beneficiaries, whether as designated investment alternatives or through a self-directed brokerage account or similar arrangement,” he continued, commenting that “if such investments are made available, plan fiduciaries should be prepared to discuss their decision-making process and explain whether the investments are subject to any limitations or protections set forth in the plan.”

However, there were some words in the close of the letter that some may find assuring. “The CAR is limited by its terms to cryptocurrency investments and focuses on the need for ERISA fiduciaries to exercise extreme care at this stage of cryptocurrency’s development. The CAR does not, and should not be read to, address other types or classes of investments.”

He also cautioned in closing that the DOL is “aware of legislative proposals aimed at limiting or prohibiting investment in, or that finance, certain types of companies or businesses of the People’s Republic of China,” and that Executive Order 14032 also generally prohibits U.S. persons from purchasing or selling securities of issuers identified as Communist Chinese Military-Industrial Companies—“neither of which include exemptions for ERISA fiduciaries responsible for 401(k) plans with brokerage windows.”