Fox Business News anchor Trish Regan is the latest addition to an impact-filled agenda for the elite advisor delegates to the fifth annual NAPA DC Fly-In Forum. It’s a special event you won’t want to miss!

Regan is the host of one of the most highly rated shows in business television, “The Intelligence Report with Trish Regan,” which airs daily at 2:00 p.m. ET on the Fox Business Network. Since the show was launched in June 2015, its ratings have grown by 210%, making Regan the most highly rated woman in financial news. A multiple award winning journalist, she also serves as an economic commentator and anchor on Fox News programming. 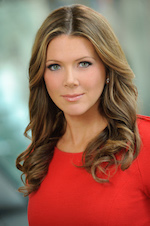 Regan played a major role in Fox’s election coverage, hosting all of Fox Business’ primetime coverage at the Democratic and Republican conventions and moderating two Republican primary presidential debates for Fox Business in the 2016 election cycle. She also played a significant role in the network’s primetime inauguration coverage in January 2017.


In addition, a special litigation panel featuring Thomas E. Clark, Jr. of the Wagner Law Group, Nancy G. Ross, a partner in Mayer Brown’s Chicago office and Co-Chair of the ERISA Litigation practice, and David N. Levine of Groom Law, will discuss what the fiduciary regulation could mean for litigation risks – and how to avoid trouble.

There is no registration fee to participate in the NAPA DC Fly-In Forum (you are, however, responsible for your own travel and hotel expenses, if any) – but there is an application process, because this is truly for elite advisors. This is your last day (June 23) to apply and be included in the event directory!

Only a limited number of delegates are accepted – so complete your delegate application today!