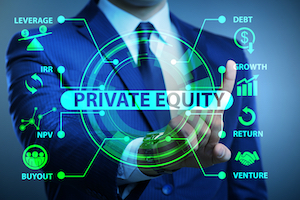 New research suggests that private equity ownership has an impact on advisor misconduct—and not a positive one.

In what is touted as “the first study to investigate the PE buyout effect in the financial advisory industry,” the paper—“Private Equity and Financial Advisor Misconduct” by a trio of researchers at the University of Oregon—finds a “tension between advisory firms’ profit motive and ethical business practices, especially when customers are financially unsophisticated.”

At the adviser level, the estimated treatment effects of PE buyouts on misconduct probability and the misconduct incident count are, respectively, 32% and 50% of the unconditional means of these variables, according to the paper. The authors go on to claim that further analysis “controlling for adviser fixed effects suggest that 89% of the increase in misconduct probability and 50% of the increase in the misconduct incident count are due to behavioral changes of advisers who have worked in the acquired firm both before and after the buyout.”

What’s interesting is that the misconduct[i] rate of the acquired firms is only about 40% of the industry average before the buyout—but then “rises” to the industry average of misconduct[ii] after the buyout. They also found that the increase in misconduct is stronger in firms with higher post-buyout growth in assets under management per adviser and is concentrated in firms whose clients include retail customers.

Interestingly enough, that would suggest that while private equity firms opt for “cleaner” firms[iii] (at least in terms of misconduct) as buyout targets—but then—well, something happens. “If we assume PE maximizes firm value,” the paper notes, “the increased level of misconduct implies that higher misconduct is related to higher profit. PE firms choose targets with untapped ‘misconduct slack’ and exploit this opportunity to make profit, perhaps at the expense of customers.”

They find support for this notion in that “…the increase in misconduct is more significant in firms experiencing faster post-buyout growth in assets under management per adviser, and it is concentrated in firms whose clients include retail customers.”

That said, they also acknowledge that “the acquiring firms’ lack of experience in the advisory business may also have contributed to the increased misconduct, because the effect is not observed in management buyout deals, in which the acquirer is the advisory firm’s management team.” Finally, while the authors cite a number of studies that suggest “positive real effects of PE ownership,” they caution that “…in markets with opaque product quality and stricter regulation, like higher education and healthcare, PE buyout effects are controversial.”[iv]

“Overall, our results suggest that PE firms target advisory firms with a relatively clean record in terms of misconduct and operate their advisory business more aggressively after the takeover to maximize profits. As such, they suggest a tension between financial advisory firms’ profit motive and ethical business practices, especially when clients are financially unsophisticated.”

[ii] It’s worth acknowledging, as the authors do, that “[a] disclosed event does not necessarily mean that an adviser commits a wrongdoing.”

[iii] The paper notes that advisory firms with a poor misconduct record were less likely to be targets of PE buyout.

[iv] “For many industries, what’s good for the customer is often best for the firm,” they write. “A cheap product, efficiently produced with high quality may lead to higher value creation. In opaque, hard-to-understand industries where customers are not playing a repeated game, however, businesses might optimally exploit customers, and the impact of PE has been found to be mixed or negative.”