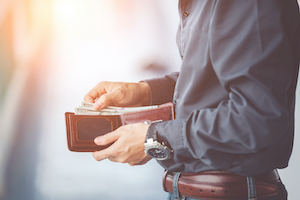 New research suggests that the best way for financial services firms to grow their customer share of wallet is to be the main source of retirement advice.

Hearts & Wallets applied a decision tree analysis of more than 10,000 customer relationships across the financial services industry to identify key factors that can help firms grow their share of wallet (SOW). They found that the main driver of SOW is being the main source of retirement advice (MSRA). The predicted SOW—or where a consumer keeps the most money—for a firm that is the MSRA is 72% versus 28% for firms that are not.

Currently, 24 million consumers do not have an MSRA, the firm notes. And while non-MSRA consumers may seem like an opportunity, they are less attractive to many firms, pointing to why advice improvement is a better path to enhance SOW, the report suggests.

In applying the decision tree analysis, the research used three models which increase in sophistication and build from consumer demographics to include consumer attitudes and competitive data, in order to understand where consumers put their money.

According to the analysis, consumer trust in a financial relationship and “understanding how the firm earns money” are both predictive of SOW. Consumer comfort with leaving money in former employer-sponsored retirement plans (ESRPs) is another factor that emerges as predictive, the report notes.

In fact, when the firm is the MSRA, the next most important factor affecting SOW is whether the consumer is comfortable leaving money in the former ESRPs or not.

The report explains that most consumers within all wealth levels have most of their money at one relationship or their primary firm. This “primacy premium” jumped in the past year, standing at 79% average SOW for the primary firm, up 14 percentage points from 2010, as customers rewarded their primary firms with COVID-19 savings.

Average SOW held at primary firms ranges from 86% among very low-asset households to 63% among households with $5 million or more. Average SOW at secondary firms—where the customer’s second-most amount of money is kept—is lower, ranging from 20% to 25%. Tertiary firms’ average SOW ranges from under 10% to 15%.

The report further notes that consumers with higher assets have lower SOW at their primary firms, as they spread their wallet across more firms. Wealthier consumers often do business with four or more firms, in contrast to lower-asset consumers, who have fewer relationships and higher SOW at primary firms.

The research identifies a new asset breakpoint for share of wallet at $375,000, such that households with more than $375,000 have lower SOW at their primary, secondary and tertiary relationships.

Moreover, households with $375,000 or more in assets that are “involved” in investment decision-making spread their money around many more firm relationships than the uninvolved do. About 10% of households are uninvolved, and while some firms have successfully targeted the uninvolved, resulting in higher SOW, this will be a shrinking market going forward, Hearts & Wallets warns.

As such, the firm suggests developing “hybrid” service models to attract “involved” customers among Millennials, many of whom are just starting their careers, as well as affluent Gen X and Baby Boomer households.