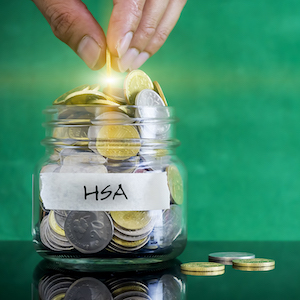 Health savings accounts saw record growth in 2019 that accelerated into the early part of 2020, but accountholders could use a “nudge” towards investing their balances.

While the data was collected before the COVID-19 disruptions, Devenir’s 19th semi-annual HSA survey and the firm’s January 2020 supplemental data show that HSA assets grew by almost $6 billion during the month of January to reach $71.7 billion, up 9% since the end of 2019. In addition, accounts grew by almost 4% during the month, with the total number of HSA accounts rising to an estimated 29.4 million.

The firm’s 2019 data further shows that HSAs experienced a year-over-year increase of 23% for assets and 13% for accounts, jumping to nearly $66 billion in assets held in over 28 million accounts. Moreover, HSA investment asset growth reached an estimated $15.7 billion at the end of December, up 54% year-over-year.

While HSA assets experienced record growth, a new issue brief by EBRI— “Are HSA Investors Born or Made?”—suggests that employers and plan sponsors might want to nudge their workers to use their HSAs for longer-term savings needs. The analysis, which uses the EBRI HSA Database, found that only 6% of accountholders invested their HSA balances in 2018, up from 2% in 2011.

EBRI notes that this proportion increased the longer an accountholder had their HSA. Only 2% of accounts open for only one year invested, but that rises to 10% for accounts open 10 years and to 17% for accounts at least 15 years old. As of Dec. 31, 2018, the EBRI Database includes 9.8 million HSAs with $22.8 billion in assets, which covered 39% of the universe of HSAs and 42% of HSA assets.

Addressing the question of whether HSA investors are born intending to invest as quickly as possible or are they made into investors, EBRI’s analysis suggests that it can be both. Nearly 63% of HSA investors in EBRI’s dataset invested their balances in their first year of HSA ownership, suggesting that the lion’s share of HSA investors is immediately engaged and intentionally invest their balances as quickly as possible. The report notes that this strategy is made easier by HSA providers that allow for first-dollar investing.

EBRI further explains, however, that this does not describe reality for some HSA accountholders, namely the other 37% of accountholders who were investors at some point, but did not start out that way. Some HSA providers require a certain threshold before balances can be invested and for accountholders who cannot immediately contribute the minimum required amount to their account to invest, investing must be deferred to building up a balance, the report explains.

EBRI notes that much of the reasoning behind the decision to invest remains unclear, but some of the reluctance for newer accountholders could be due to risk aversion. “If an accountholder anticipates a large medical expenditure in the near-term—say, dental braces for a dependent, or a medical procedure to manage a chronic condition, for example—then exposing HSA balances to the uncertainty of equity markets could very well be undesirable,” writes Jake Spiegel, Research Associate at EBRI and author of the report. Spiegel further observes that others may not invest since some HSA providers require a certain threshold before balances can be invested, while still others may struggle with complexities or inertia.

Since account tenure is closely linked to the decision to invest, EBRI notes that this suggests that accountholders invest because they become more familiar with their HSAs, they learn more about the benefits of investing or both. As such, an education strategy could be effective in encouraging accountholders to invest, Spiegel suggests. What’s more, he notes that “since account balance seems to be closely linked with the decision to invest, employers could consider contributing some seed money to new accountholders, particularly those with very high deductibles.”

In fact, more than half of respondents to the inaugural Plan Sponsor Council of America (PSCA) HSA benchmarking survey conducted in 2019 said that education was a dominant concern. PSCA recently launched its 2020 survey to benchmark plan sponsors’ use of HSA plans and measure their perceptions of HSAs as a retirement savings vehicle.

Meanwhile, EBRI’s finding appears to be consistent with Devenir’s data, which shows there are approximately 1.2 million accounts that are investing a portion of their HSA dollars, representing slightly more than 4% of all accounts. Devenir also found that, on average, investment account holders have a $16,012 total balance (deposits and investments combined), which is over seven times larger than a non-investment holder’s average account balance.

Contributions also jumped, according to Devenir, with account holders contributing more than $38 billion to their accounts in 2019, up 14% from 2018. In addition, 42% of accounts contributed more than they withdrew in 2019.

HSA providers projected HSA industry asset growth of 14% in 2020, while anticipating their own businesses will grow by 17% during the same period. Devenir also projected at the time that the HSA market will exceed $77 billion in assets by the end of 2020, held by over 30 million accounts.

It should be reiterated again that this data was collected prior to the recent market volatility. Devenir’s survey data was collected in January 2020 and consisted primarily of the top 100 HSA providers in the market, with all data being collected for the period ending on Dec. 31, 2019. For the supplement, all year-end survey participants were invited to participate, with participation varying from small community banks and credit unions to the largest HSA providers.